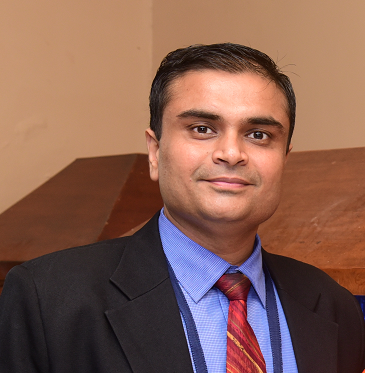 Arpan Gupta is the Joint Director at Federation of Indian Chambers of Commerce & Industry, leading divisions steel, mining, cement & non-ferrous metals. His primary role at FICCI encompasses regulatory & policy deliberations with governments, organization of seminars along with report development and research management. He maintains strong relations with various Government officials; alongside strong connect with steel, cement & mining organizations in India & abroad. He has also been involved in leading industry delegations abroad for exploring steel & mining opportunities.
At FICCI, he has spearheaded reports on Mineral Exploration, Indian Mining & Steel Industries. He has also written numerous representations and is a widely known figure across the industries.
Prior to joining FICCI, Arpan worked with IDC India for more than four years as Senior Manager Industry Verticals Research. He spearheaded key assignments for top IT vendors and was widely appreciated for his project management and leadership skills. He had conducted many feasibility and exploratory studies that have helped clients in taking winning business decisions. He was responsible for establishing the Government Sector IT Research Practice at IDC India.
He is a regular speaker in various summits around the above mentioned sectors and is widely quoted in national dailies and magazines. He has presented papers on Indian IT market, Indian steel & mining industries and has led mining delegations to Germany & Australia and steel delegations to Czech Republic & China. He regularly writes for various B-school journals and has been invited for numerous guest lecturers across management schools. He has also judged inter-college debate competition at Delhi School of Economics.
Arpan completed his MBA from Delhi School of Economics, specializing in International Business. He holds a Bachelor Degree in Commerce from University of Delhi. He has also completed one-year diploma from NIIT and holds a certificate course in derivatives, commodities and capital markets from National Stock Exchange of India. He also acquired beginners proficiency in SPSS.

Arpan Gupta will be speaking in the following sessions